Katsuhiko Toide grew up in a potter's house representing Kanazawa Kutani, which has been living for 100 years since his grandfather Masao Toide.
He has been active as a Kutani-yaki potter using the technique of “Yuuomote-Ginsai” developed by himself, in addition to the traditional techniques of Kutani-yaki.
His work touches very originality. For this reason, his work has been selected for numerous exhibitions, including the "Japanese Crafts Exhibition" and "Contemporary Art Exhibition".
He is also a board member of the Kanazawa Crafts Association. In his own workshop, he holds pottery classes for kindergarten children and the general public, and works with administrative organizations to raise successors to Kutani ware.
In recognition of these activities, he received the Kanazawa City Cultural Activity Award in 2019. 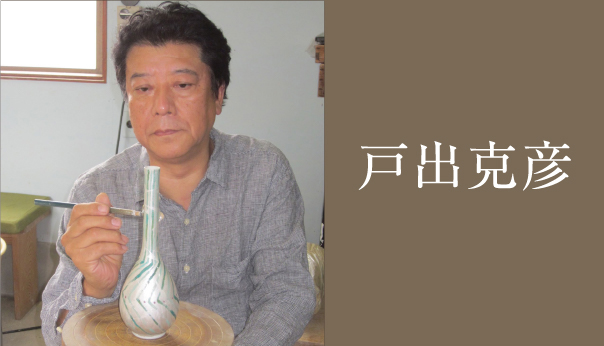